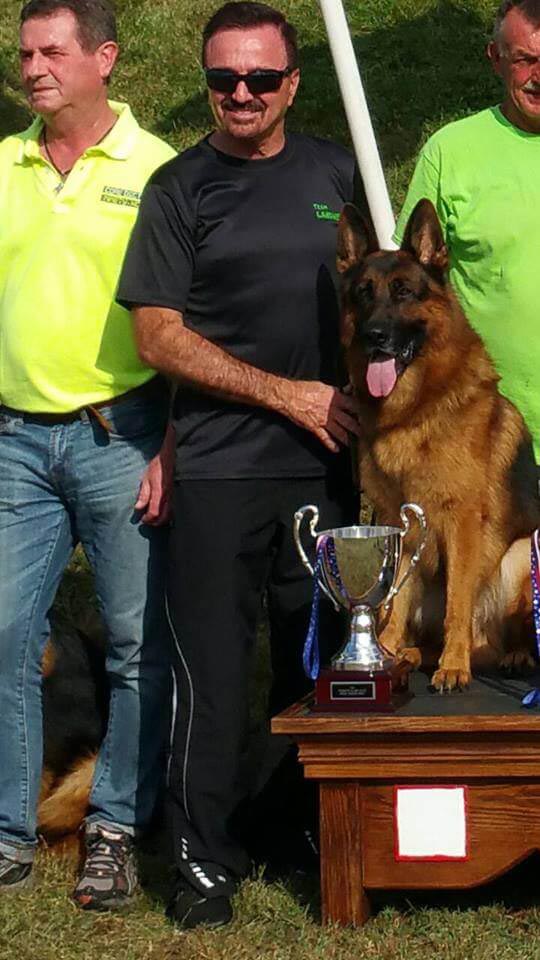 Bob is the founder of Landheim and has over 50 years of professional experience training ALL BREEDS of dogs as well as importing and breeding World Class German Shepherds. From puppy classes to basic and advanced obedience Bob has trained and worked with over 50,000 dogs and handlers in that time. Bob has helped pet owners overcome and correct behavioral issues with their pets as well as aiding the Humane Society and many other dog rescue organizations rehabilitate dogs that would have otherwise been euthanized.

Bob has had a successful career in showing dogs in both confirmation and working trials. Competing in regional, national and international events. He has trained dogs for IPO (Schutzhund)  since 1975 and has been on the United States team GSDCA-WDA for the World Working Dog Championship with a dog he trained from a puppy. He has coached and trained many people that have been successful competitors on a national and international level.

Another area that Bob has had extensive experience is training Law Enforcement Police K9’s. He has worked with several thousand police agencies over the years aiding them in the training of Police K9 teams. He has provided trained dogs and handler training to more than 800 law enforcement agencies across the United States. From Virginia to California, agencies have sought out his expertise to start, improve or add to their K9 programs. Bob is a member and has worked extensively with many national law enforcement organizations like the North American Police Work Dog Assoc. (NAPWDA), United States Police Canine Assoc. (USPCA) and the American Police Canine Assoc. (APCA).

Bob has trained dogs for AKC Confirmation and Utility events, Agility, as well as many other dog sports. He has trained dogs for hunting and field trials. Another area of expertise is the service dog field. Training dogs as medical assistance dogs and PTSD support dogs. Bob also is an expert in the use of E-Collar technology and has developed amazing programs for the use of these collars for pet dogs as well as Police K9’s and competition dogs. He has also had great success using the E-Collar with dogs that are deaf.

Bobs wide range of experience has made him a frequent “expert” in newspaper and magazine articles about dog training and related issues. He has also been a featured guest on radio and television shows to discuss a variety of dog topics. Bob and Landheim have been featured on “Animal Planet Television” and in programs like “Dogs with Jobs”, “K9 to 5” and “Pet Central”.

Bob has also been retained as an “Expert Witness” for legal matters involving dogs and their training!

Bob’s scientifically proven “Drive Based” motivational training methods have proven successful on an international level for pet owners to police officers and everyone in between. Thus proving that a positive, fair and firm pack leader will have the most success with his or her dog.