Introducing A New Puppy to Your Dog 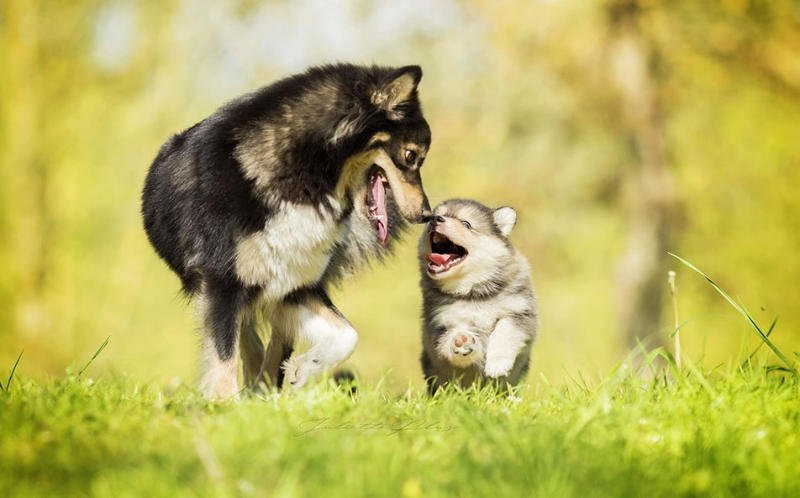 With the holiday season upon us, there are a lot of people preparing to bring a new addition into their household. While getting a new puppy is certainly an exciting experience, it can be overwhelming too, especially if you already have a dog at home. Having a plan can be a huge help in introducing your new puppy to your older dog. It can also make the difference between a tense first meeting and a successful one.

Before the Introduction of Your New Puppy

Before the big introduction, you’ll want to put away your dog’s toys. This will help prevent territorial behavior from your older dog. Once the two are acquainted, you can feel free to bring the toys back out. For now, you’ll want to get the new puppy her own toys to play with.

Create space for both dogs to be able to be alone. The last thing you want is for them to feel that they can’t escape each other.  You’ll also want to make sure both dogs are up-to-date on their vaccinations in the event that the first meeting doesn’t go as planned.

Your older dog has been living with you for some time and has come to think of your home as his. As a result, you should plan to introduce the pair in a neutral space away from your home. It would also be best to introduce them while they’re both on leashes to prevent any surprises. Emphasis should be made to prevent an altercation during the early days of introduction. Also keep in mind that your dogs have a good sense of your negative emotions. So, if you’re stressed during the meeting, it’ll likely have an effect on how successful it ends up being.

You should monitor both dogs’ behavior during the first few weeks or even months to make sure they’re gaining comfortability with each other. Similar to a human baby, your puppy is still learning and doesn’t yet know how they’re supposed to act around adult dogs. The puppy might not recognize your older dog’s growling as a sign that he doesn’t want to be bothered. Intervening in situations like this can keep things civil between the two.

By having a plan, you can make the transition period between your two dogs much easier for everyone involved. With time and patience, your dog and puppy will likely become lifelong friends if they have the chance to meet in a comfortable and safe environment.